What do these projects have in common?  None of them would have happened if it weren't for offshore resources.

Many North American developers view offshore programming as an evil symptom of corporate greed involving shipping our jobs overseas and many North American managers view it as a cost-saving panacea in which they can get the same development value for a tenth... or a fifth... of the cost of using local resources.  Neither of those is actually accurate, and there are many situations for which offshore resourcing, executed properly, is not only appropriate but can also be the only option.


North American companies are very much about full-time staffers.  Whether they're employees or contractors, almost all companies want full-time bums-in-seats where they can be found productively working,  at any time during the prescribed business hours.

North American workers are very much about regular, full-time work.  Whether it's a full-time job with benefits, or a contract position, we want to know where the next paycheque is coming from and how much it's going to be.

I have been a consultant since 2001 working on part-time and casual projects for as few as one client at a time to as many as ten or fifteen clients at a time.  Sometimes my projects last for years (part-time), and sometimes they may be as brief as four days of work.  In all the years that I've been consulting, I have met less than ten other Canadian IT professionals who also work this way (and I haven't been hiding at home or under a rock.)

So, when a company wants to have a web site created, or some software developed, but it is a small (or even tiny) project, what are they to do?  They can't hire someone full-time to do the little project; they can't afford to hire a team from one of the big consulting companies; and they are unlikely to find the right local individual to do the work.

Many of these projects sit on the "wish list" pile on the side of the boss's desk and never get done.  Sometimes they might get their cousin's neighbor's nephew who knows that much about computers to take a stab at it, but it never really comes together.  Often they may try using a local resource but then that person flakes out on them and they're left high and dry.  Occasionally they get really lucky and they find a great local contract resource, but that resource doesn't have all the skills needed to complete the whole project, leaving holes in the final deliverables.

Working with an offshore resource, or an offshore team, can be the key to getting these projects done.

There is no such thing as "cheap" development (unless you mean crappy, non-functional websites or software), and that goes for offshore development as well.  You can't just poke the "Dial an Indian" button, toss your ideas at them (which make perfect sense in your head, but probably only in your head), wait two months, and expect to receive a glorious, perfect deliverable out the other end for a few crumbs and Canadian Tire dollars.

I have been leveraging offshore resources to complete projects successfully since 2005.  For more information, see my business web site, Andwa Consulting, or contact me at rhonda.scheurer@andwa.com. 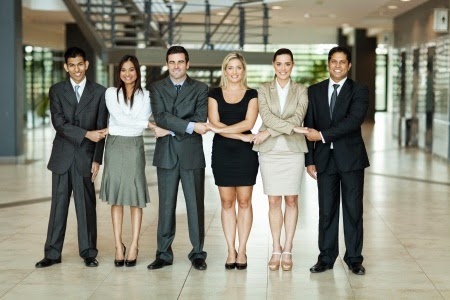 Posted by Rhonda Scheurer at 6:51 AM